Sony seeks to deliver products, content, and services that resonate with people and affect a positive impact on society, based on its Purpose to “fill the world with emotion, through the power of creativity and technology.” Sony Corporation President & CEO Kenichiro Yoshida spoke at the Sony press conference held ahead of the exhibition’s public opening, stating that “Creativity is a powerful driving force that moves Sony forward. When it is combined with our technology, it is unstoppable.” He then proceeded to introduce Sony’s latest offerings and new developments from our electronics and entertainment businesses.

Next to take the stage was Jim Ryan (President and CEO, Sony Interactive Entertainment), who announced that PlayStation®4 has now cumulatively sold through more than 106 million*[1] units worldwide, and that PlayStation™Network had reached 103 million*[2] monthly active users. He then discussed the cutting-edge technology and features of PlayStation®5, slated to launch this holiday season, and unveiled the new logo design for the first time ever. “Our promise to the 100 million strong PlayStation® community is to offer the biggest and best in content, and to deliver unique experiences to gamers with unprecedented speed.”

Furthermore, Yoshida stated that, “It’s not an exaggeration to say that Mobile has been the mega-trend of the last decade. I believe the next mega-trend will be mobility,” as he unveiled a prototype vehicle incorporating imaging and sensing technologies that contribute to safer and more reliable autonomous driving, and an array of highly-advanced electronics technologies that together deliver an unprecedented in-car entertainment experience. He concluded his presentation by stating that in addition to striving to contribute to society, “Sony will continue to evolve as a creative entertainment company with a solid foundation of technology.”

The full press conference can be streamed via the following URL.https://www.sony.com/CES

Main Products and Prototypes Being Showcased

The Sony booth introduces a range of initiatives which harness the power of creativity and technology, under the theme of sustainable value creation that all of Sony’s diverse businesses strive to achieve as part of its corporate direction of “getting closer to people.” Exhibits range from technologies Sony is pursuing in order to get closer to creators and users by enabling them to deliver ‘reality,’ such as high resolution video and sound in three dimensional space, in addition to ‘real-time’ technologies that support every stage of the production process through to the viewing experience, as well as various combinations of these technologies.

Contributing to Society Through the Delivery of Safety and Reliability

Sony will demonstrate the contribution it intends to make to realise a highly advanced autonomous driving society, and the new emotional experiences it aims to deliver in the world of mobility.

“Safety Cocoon” represents a safe-zone concept in which supports vehicle safety in various daily driving situations by detecting 360 degrees around the vehicle, enabling early preparation to help evade risk. At the Sony booth, visitors can experience advancements in the Sony imaging and sensing technologies listed below, which support the realization of this concept. Through Sony’s imaging and sensing technologies, which are beyond the human eye, we aim to contribute to the achievement of safe, reliable, and comfortable mobility experiences.

Sony’s efforts in the area of mobility – such as pursuing safety, reliability, comfort and entertainment – are being positioned as a new initiative, named “VISION-S.” The first prototype vehicle to result from “VISION-S” will be showcased at the Sony booth. This prototype incorporates Sony’s imaging and sensing technologies, as well as on-board software regulated using Sony’s AI, telecommunication and cloud technologies, in order to continuously update and evolve its features.

A total of 33 sensors including CMOS image sensors and ToF sensors are embedded within the vehicle, in order to detect and recognize people and objects inside and outside the car, and provide highly advanced driving support. Sony’s “360 Reality Audio” provides a deep and immersive audio experience through speakers built into each seat to encapsulate passengers in sound. The front seats face a panoramic screen on which rich and diverse content can be enjoyed through an intuitive user interface. Sony will continue to combine its advanced technologies to deliver greater safety and reliability, while also striving to inspire new emotion through revolutionary in-car entertainment experiences.

Sony is bringing about a technological revolution at every stage of the creative process, from production to when content reaches audiences, in order to further inspire creators and help them deliver their work to viewers and listeners.

Sony conducted a proof of concept trial in December 2019, by capturing video of a live American football game with a 5G-connected camera, showing how 5G can allow for more creative and untethered camerawork while also reducing set-up time and costs. Visitors to the Sony booth will be able to see a video introducing this initiative, and also the equipment used during the trial including Sony’s PXW-Z450 shoulder camcorder, Xperia 5G mmWave device that enables high-speed data uplink, and a prototype transmitter box that encodes and transmits high-quality video in real-time.

Sony is also proposing new video experiences that further enhance the excitement of sports through our AI-based real-time video analytics technology. The booth will feature a table tennis demonstration by athletes, and the game will be captured on multiple devices including Sony’s HDC-P50 POV system camera and the cameras with Sony’s unique high-speed vision sensors. From the image, the athletes’ postures and the flight path of the ball are instantly analyzed, and CG characters will mimic the movements based on estimations of the athletes’ postures by deep learning technology. The booth will also exhibit a demo video showing the number of times the ball rotated by analyzing super-slow-motion video.

The Sony booth also features a virtual production set which transforms the way motion pictures and TV shows are made. The set has been captured from the Sony Pictures studio lot as photo-realistic volumetric data and is shown as a background image on a Crystal LED display. The background changes in real time with the movement of the camera, ensuring the final image has the proper perspective and depth. Virtual production empowers the creator’s imagination by allowing directors, cinematographers, and actors to experience the scene as if they are really there, and provides creative flexibility where film production can take place at any time.

As TVs continue to trend towards larger screens, and more content with higher resolutions and in HDR (Higher Dynamic Range) is created, there is a corresponding need for comprehensive, accurate evaluation of content on the professional monitors used by creators. In a professional editing room setup with a 4K x 2K Crystal LED display system (220 inch), visitors will be able to experience ongoing and future developments in the production environment for movies, TV shows, and online content.

Enriching People’s Hearts Through the Delivery of Emotional Experiences 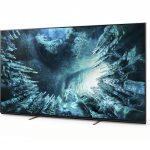 Click the link for more information about the Sony booth: https://www.sony.net/brand/event/ces/2020/

All product names mentioned here are the trademarks or registered trademarks of Sony Corporation or of their respective owners.

Based in Singapore, Sony Electronics Asia Pacific Pte. Ltd. is a subsidiary of Sony Corporation. It serves as the regional management and marketing headquarters for Sony’s consumer as well as broadcasting and professional products, overseeing Asia, Middle East and Africa regions. For more information on Sony’s products and services in Asia Pacific, please visit www.sony-asia.com

Sony Corporation is a creative entertainment company with a solid foundation of technology. From game and network services to music, pictures, electronics, semiconductors and financial services – Sony’s purpose is to fill the world with emotion through the power of creativity and technology. For more information, visit: http://www.sony.net/

[3] Fluctuations that occur in LED light and signal transmission. 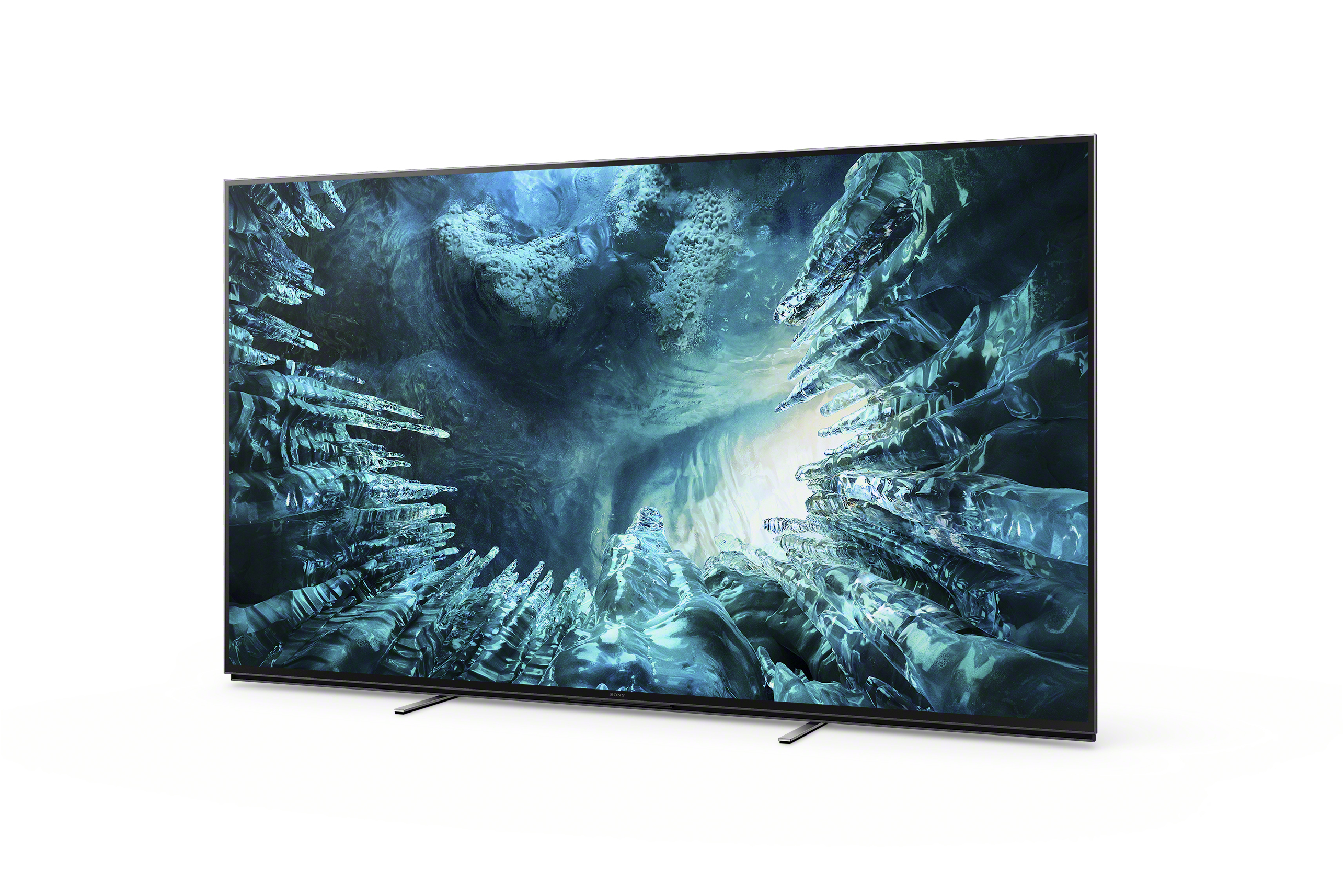